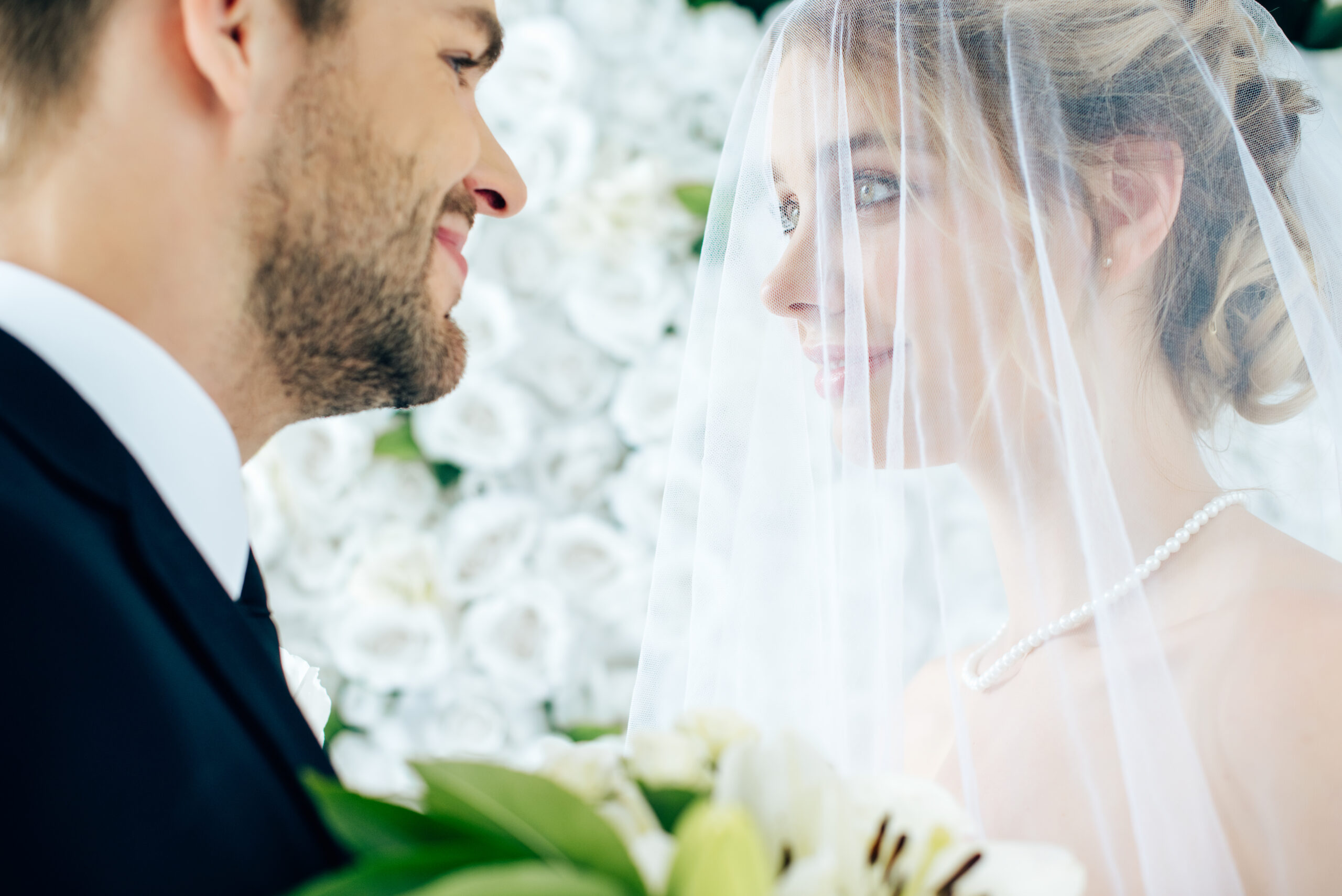 Have you wondered about the history of the bridal veil?

Women’s clothing has included veils ever since the Middle Ages. The majority of married women followed the custom of wearing a veil. In the past, girls who were single did not cover their faces. The veil served a practical purpose by shielding the woman’s neck, chin, and hair from the sun and wind.

By the 15th century, hoods were increasingly common while veils were less common. The white veil is now frequently referred to as symbolizing purity, but historically, brides wore their hair flowing down their backs to symbolize their virginity.

It is possible that mythology also has references to the bridal veil. The Goddess of Love Ishtar, came from the depths to be with her betrothed. The vapors of the earth and sea covered her “like a veil”.

According to folklore, the tradition of the veil changed to include a blusher. After Jacob was tricked into marrying Leah, his beloved Rachel’s sister. During that time, women wore full veiling on their wedding day. If you are facing a woman that is wearing so many veils that you don’t recognize her, look before you leap!

The development of the wide loom and silk tulle in the 19th century gave women the sheer covering that we see today. This new creation also gave men peace of mind. Because they could now see their betrothed and women appreciated the light fabric.

Today’s Tradition of the Wedding Veil

The wedding veil represents virginity, youth, modesty, and solitude. In addition, it serves as a reminder of the union between Christ and the church and a display of humility before God. In terms of bridal etiquette, that style of thinking is still important. Only first-time brides typically wear veils. Keep in mind that your bridal gown should match your veil. Diamond white, white, and ivory are the most widely used colors. If your bridal gown has a sheen, diamond white is a great option.

When the veil is lifted at the beginning of the ceremony, it is traditionally done by her father with a kiss. This symbolizes his approval of her groom and his love for the bride. Although when lifted after the ceremony there are two options. First as a symbol of the groom’s decision to take over the care of his bride when he lifts it. Or, if the bride decides to lift it on her own, she is signifying that she offers herself up as an equal partner in the marriage.

White bridal veils symbolize the bride’s purity and modesty. Veils are used to add to the final touches of a wedding dress and to frame the bride’s face.

Written by Ellen Crivellone of Smokey Mountain Sounds and the Smoky Mountain Wedding Association– We would love to DJ for your celebration, call now for availability! 1-865-712-1854

No comments to show.